If any of you are friends with me on Facebook you probably have already bared the brunt of most of my rant about this but I decided to bring it here to expound on it further. I just listened to the audio the Conrad Murray recorded of Micheal Jackson drugged up and it is really sickening to think that he sat there watching, listening and RECORDING this man who was obviously in need of HELP not someone recording them to exploit them. And then in the next couple days orders MORE drugs. Like I stated on Facebook I’m not posting the link or video. 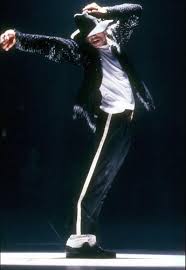 If you want to hear it you can Google it and listen for yourself. The prosecution also opened up with a picture of Michael laying dead on a hospital gurney. Totally uncalled for in my opinion. Basically, there is no reason we have to be without Michael Jackson right now! How can anyone calls someone their “friend” and sit back and watch them self-destruct like that, not just Michael Jackson, but ANYONE that is hurting or going through something? Is it because no one wants to acknowledge that depression and anxiety and mental health issues are REAL and REAL people face them on a daily basis? So it seems easier to be friends when it’s convenient, or rather inconvenient. Meaning, when a person is down and needs a friend the most that’s usually when people seem to scatter turning in to convenient enemies.

It’s easy to be someone’s friend when they are upbeat and happy and all is well because then everyone can share in it or add to the fun. An Inconvenient Friend is the one who is there when it’s not always convenient for them. They 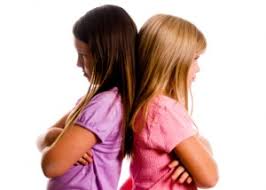 will sit there and cry with you or talking you through an anxiety attack or make sure that your depression isn’t taking over your day-to-day and in extreme circumstances come pick you up and dust you off if you do go off the deep end. A Convenient Enemy is the friend who disappears when they notice you slipping into depression or witness an anxiety attack because it’s convenient for them. Thus leaving you alone and feeling worse than what you did to begin with rather than offering up help it’s easier for them to stand back and wait for you to self-destruct.

I hate to be the one to pop your virginal cherries when it comes to depression but YES mental illness DOES exist in the Black communities and YES even celebrities deal with it, probably on scales worse than common people. And no matter how much people try to ignore it, IT’S NOT GOING AWAY. Men and

women that you probably deal with DAILY are dealing with everything from depression to Bipolar disorder and they are suffering alone and in silence out of fear of alienating so-called “friends”. Michael Jackson was a man who needed HELP not a stronger sleeping pill. The demons that he was fighting not even a good nights sleep could slay and to see him surrounded by the sea of people that were constantly in his midst and NO ONE stood up for him or TO him breaks my heart. He would’ve just had to be PISSED at me I would’ve tossed his 100lb behind over my shoulder and took him to rehab. DAMN a concert! Because that’s what friends DO!

It’s not always about money or material things but unfortunately so many friendships nowadays are no deeper than a bottle cap full of water it’s not surprising this ended the way it did. People hang around or show up in your life long enough to see what they can or cannot get from you regardless of your condition or state of mind. And YES I’ve had so-called friends do this to me. Knowing I was having a bad day, week, whatever and I don’t hear from them. (And yes I suffer from sleep issues, I have trouble sleeping most nights) But as soon as I start with the joking and laughing on my Facebook posts or Tweets my cell starts blowing up. Because you see now it’s no longer inconvenient to be my friend.

Take inventory of your life and who you are surrounded with. The Bible says friendship should be like iron sharpening iron. Do you know how STRONG that is? I honestly don’t think people do because if they did there would be much closer and stronger bonds in friendships than there are today and all these people that feel so isolated and alone wouldn’t be feeling the way they do.