Tomorrow will mark one week since 5-year-old Jahessye (pronounced JES-ee) Shockley went missing from her Glendale, Arizona’s home. She was last seen on October 11, 2011 at her apartment with her older siblings while her mother was out running an errand. One hour later around 5 pm, her mother came back to find that she was gone. Her siblings did not know where she went. The police believes that there is a possibility that she wandered off on her own, but when she never returned, their concerns increased.

An Amber Alert was issued last Wednesday when someone reported a girl matching Jahessye’s description being placed in a car by a 25-30-year-old black female but the alert was canceled by the police Friday because there was no break in the case. Police said the woman was wearing a white tank top and blue jeans rolled up to mid-calf. The vehicle was a black 1998 to 2000 4-door Chevy Malibu, which drove away from the area eastbound on Glendale Avenue.

An extensive search of the area surrounding her apartment complex was completed last week but the police are still actively searching for Jahessye. All leads were followed up but so far, none were helpful to the case.
Now the case has taken on a weird turn:

On Sunday, the mother of a missing 5-year-old, Jerice Hunter,  told a Phoenix news station that she is a suspect in her daughter’s disappearance, but a police spokesman denied that claim.

“They’re focusing on me as a suspect but I don’t mind…The number one priority is my baby,” Jerice Hunter said to CNN affiliate KPNX.

Glendale police Sgt. Brent Coombs told KPNX that Hunter’s 2006 conviction for abusing her other children is a part of their investigation, but Hunter is not considered a suspect in Jahessye’s disappearance at this time.

Coombs could not be reached for comment Monday morning.

While relatives and members of the family’s church passed out fliers and urged residents to call in tips Sunday, grandmother Shirley Johnson said that Hunter’s three other children, ages 6, 9 and 13, have been placed in foster care.

“Why would they take them kids and make them grieve all by themselves?” Johnson asked.

Jahessye is a black female, approximately 3-feet-5-inches tall, 55 pounds, and has black hair and brown eyes.

Jahessye has long hair that was in a ponytail and was last seen wearing a solid white T-shirt, blue jean shorts, and pink flip-flops.

Glendale police are asking for the community’s assistance to locate Jahessye.

If you have any information, you’re encouraged to contact the Glendale Police Department at 623-930-HELP (4357).

Readers/Followers, this is our first Missing Mondays blog. Every Monday we will showcase a missing child, and today’s missing child is Jahessye Shockley. We ask that any bloggers (or if you don’t have a blog) to write about Jahessye Shockley on this day to show that we all care and we will all stand together and share her case until she is found.

We are bigger in numbers,  if you don’t have a post up about Jahessye, feel free to share this post on Facebook or Retweet our tweet on Twitter. The more eyes on this case, the better. Jahessye’s case has gained some national attention, but not the type of attention that will keep her in the spotlight.

Jahessye and others like her need a voice, will you be that voice for her? Thanks for reading and sharing!

So NANOWRIMO starts in exactly 16 days 00 hour 53 mins and 46 secs. I know this because I’m staring at the ticker as I type this, no I’m not psychic. I’m trying to decide if I want to participate. I do every year and usually somewhere

around word count 15,000 I bottom out and give up. I would really like to take full advantage of this month and hammer out my next novel. I mean really just throw up all my ideas onto paper and get them out without worrying about editing or anything. I mean because really that’s where I get hung up the most. I tend to want to edit as I write and realistically….well…that sucks. But I’m not sure I can let go and just let it rip like that. NANO has a great site with a great support system and I’ve already started getting emails from my local chapter here in Atlanta rallying everyone and getting them ready. But still……..not sure I can do it. 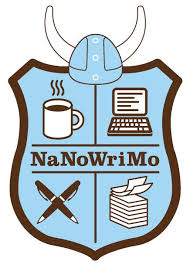 He would be PERFECT as James Bond….But what WOULDN’T he be perfect at??

Why Do I Keep Hitting Myself Over The Head With A Hammer?

Because it feels so good when I stop…..A lot of people have probably heard this phrase before. Meredith said it in an episode of Grey’s Anatomy once. When I first heard it I wasn’t sure what she meant but the more and more I thought I about what she said, I finally got it.As women we do things, certain things, over and over again that usually cause us some sort of grief or pain and more often than not it involves a man. It can be anything from waiting for a date or sitting by the phone waiting for it to ring and usually once these things happen a sense of relief washes over us but the catch is as the high wears off from that encounter slowly but surely we start the cycle…..all….over….again. Hence, hitting ourselves over the head with the hammer.

These blows to the head can come in many different forms these are a few:

They say love, or the lack of it, will make you do crazy things and the older I get the more I see this statement holds some truth. It can make you see things that aren’t there are or see people in a light that isn’t necessarily a good one but one that suits you at the time. All in an effort to stop hitting yourself upside the head with the hammer. But I wouldn’t classify it so much as crazy as I would a want to have someone in your life. I don’t think anyone likes being alone and because of that fact we as women put up with a lot and in an effort to fill that void we get so little in return. What we really need to ask ourselves is this: is it worth it? Is the stress and strain from the repeated blows of the hammer worth an emotionless text that may or may not come or the two-minute phone conversation with no plans of another in sight? I will be the first to admit, I have sent texts the night before, sleeping with my phone by my side, only to wake up the next morning disappointed to find no response and I’m sure I’m not the only one woman to have done this. Just like I’m sure there a plenty of women who have rode cloud nine through a date  with a man only to have that cloud crash to the ground when they don’t see him again for weeks and are only left with unanswered texts and phone calls promising “we’ll hook up soon”.

So at what point is it okay to put down the hammer? Or are we destined to beat ourselves silly searching for a high that may or may not ever come again?

via Why Do I Keep Hitting Myself Over The Head With A Hammer?.

So I just finished the long tedious process of revamping my first novel ALL THAT GLITTERS and turning it into an e-book. I think because I have grown so much as a writer over the last few years it became more of a re-write than a revision but all-in-all I’m happy with the result. It’s my first e-book and I’m not sure how I feel about it. Being a traditionally published author I am on the fence about the hardback vs e-reader controversy but I saw this as an opportunity to try something different. Now exactly what that is….is hard to explain. I wanted to use this e-book as an opportunity to bring both old and new characters together in a way that would create a compelling story and also get you all ready for my next release BETWEEN FRIENDS. So you will be introduced to some characters that you will be reacquainted with in Between Friends you will also be able to check-in on characters from THE LIES THAT BIND.  I consider this book as sort of an intermission. I hope you all enjoy it!